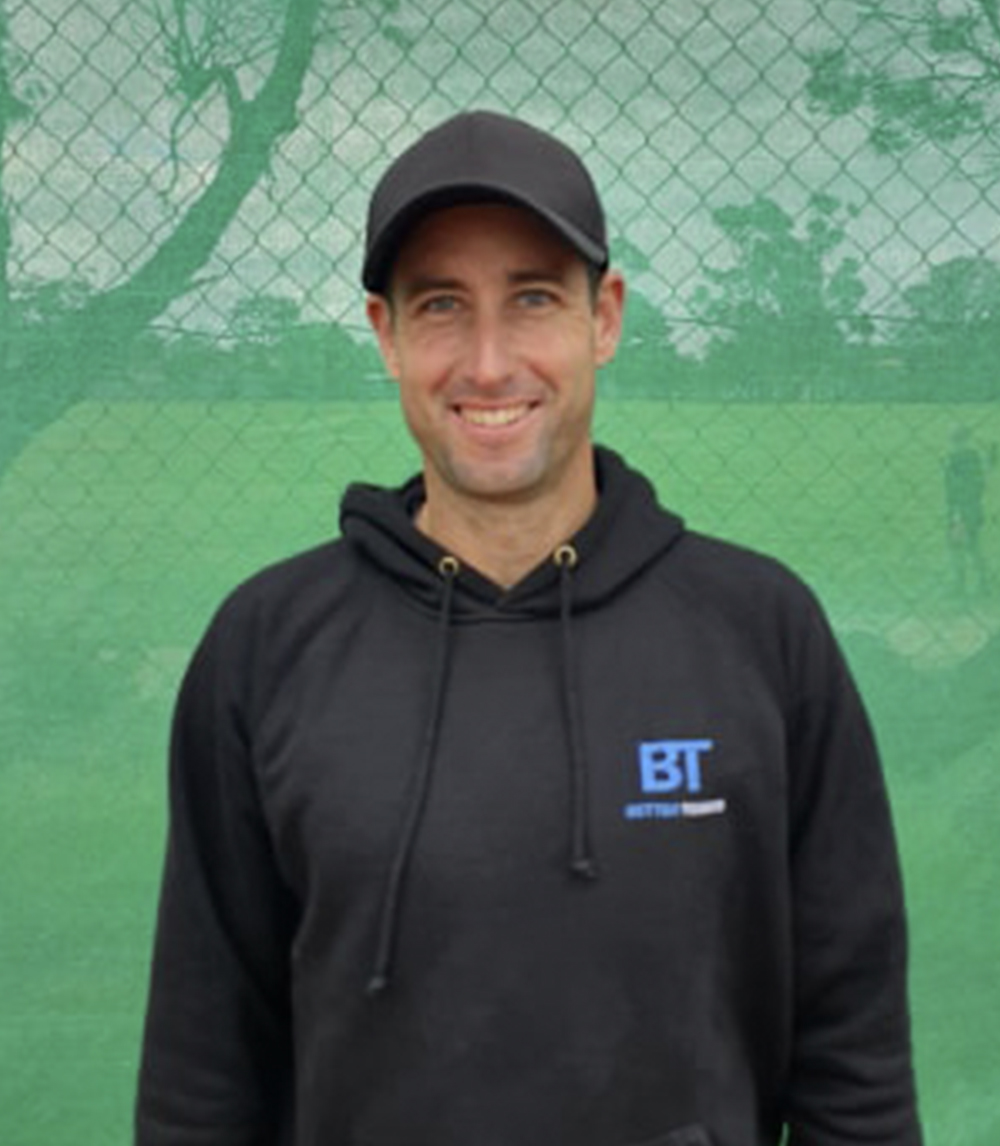 Julian not only has over 16 years of tennis coaching experience but also has a Certificate 4 in Fitness as well as a Level 2 qualification in Running Coaching from Athletics Australia. Julian played State Grade pennant for four years before travelling on the ITF Futures Circuit where he obtained an ATP world ranking in doubles. Prior to joining the Better Tennis coaching team Julian was head coach at Rye Tennis club and previous to that was head coach at Bairnsdale Tennis Club. Julian’s other passion is ironman, when he’s not on the court he is either swimming, riding or running long distances very quickly! Julian has completed three full ironman events and is currently in training for his fourth.